Morpeth, NSW, population 1403, situated on the banks of the Hunter River and home to the Maitland triathlon; a race as honest as any you’ll find, with nowhere to hide.

The weather? Sunny, heading for about 26 or so and windy. Not quite dog off a chain wind, but enough to make you hang onto your hat.

The plan? Don’t flail in the Hunter for too long and chase like your life depends on it once on dry land.

The swim; 2km - 1km up, 1km back - one wave only for the males, 59 of us. The morning sun kissing the delightful brown hues of the water.

“On your marks, get set, go!” - No air horns in Morpeth, this town didn’t need starting devices.

Swimming east into the sun, silhouettes of flailing arms and splashes of brown dominated the scene.

I’m hanging onto the back of the larger first pack. I catch first sight of a bridge we get to swim under about 600m in, simultaneously I start to lose sight of the aforementioned first pack.

The other other large pack is nowhere to be seen; yet again I’ve found no-man’s land. I picture the image of someone lost at sea waiting for a helicopter, alone, bobbing up and down; bit dramatic really. 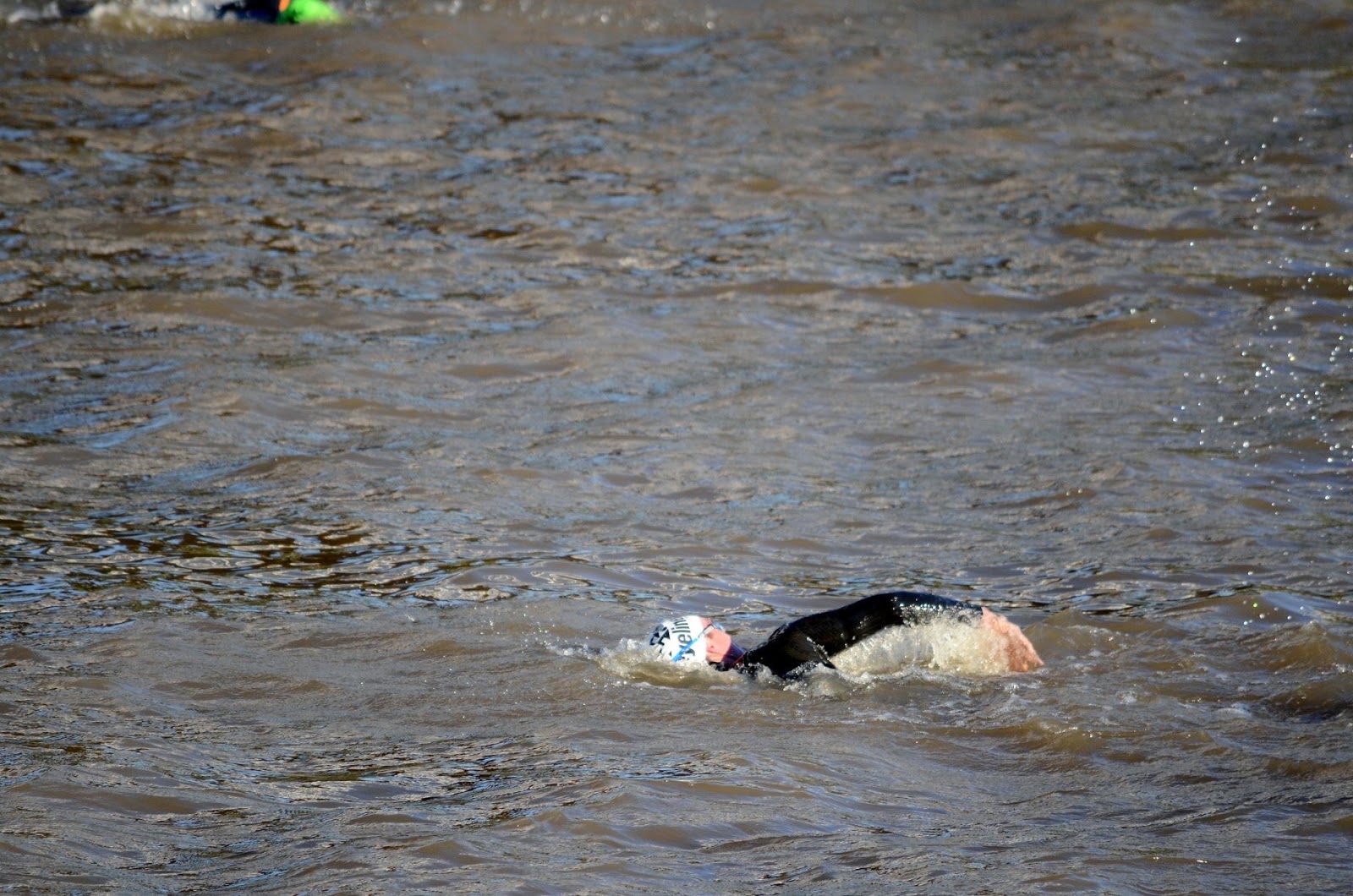 “Just concentrate on each stroke and the things you need to.” - I feel like Thorpe but look like Eric the Eel.
I see the Olympic turn, only 250m left before I’m halfway. Halfway? Geez this is long. There’s no one coming the other way yet, so I’m not 500m off the lead at least. Wonder where the back pack is? Maybe I’m actually last?

I reached the turn buoy; finally. The sun that was more blinding than the second coming of Jesus has now gone; but he’s healed me! I can see again!

After a while I see more white swim caps still going upstream; I’m not last.

The return trip was uneventful. Had company for the last 200m. Up the boat ramp and into T1. 38mins, second in AG.

For those playing transition lottery at home, I remembered where I put my gear this week; a small win.

Up a small hill and down the historic Main Street. Looks like a few of these buildings would have been pubs back in the day. Can’t feel that wind now.

First 5km in 7mins, this ride is gonna be over in a flash, glad that wind has gone.

I reach the first u-turn, out of the saddle, back up to speed and back down into the bars. WTF just happened? The wind had never left, it was behind me and now it has hit me harder than a Tyson right hook. Cancel that cycling career.

Heavier people handle the wind better; that’s what I told myself and set about using it to my advantage; stay in the bars and just grind. Update; it didn’t make it any easier, but I’d convinced myself it would effect others more.

The headwind was followed by a crosswind, which was followed by some rolling hills. The course was a bit like going on a road trip with Ivan Milat, you were never really comfortable.

The run? 15km consisting of 6x2.5km laps, each laps was a “V” shape so that meant 12x180 degree turns and plenty of trips past the crowd.

*I made those figures up

A calf niggle has had me running on the treadmill only for the last five weeks barring one outing at Nepean. The loose surface would give it a test as hard as Butterbean trying on a medium cycling kit.

How did it unfold?

The calf was handling the terrain with aplomb, and holding good form was all I concentrated on. It’s seemed to work well enough and there was no major blow up or decline in pace. 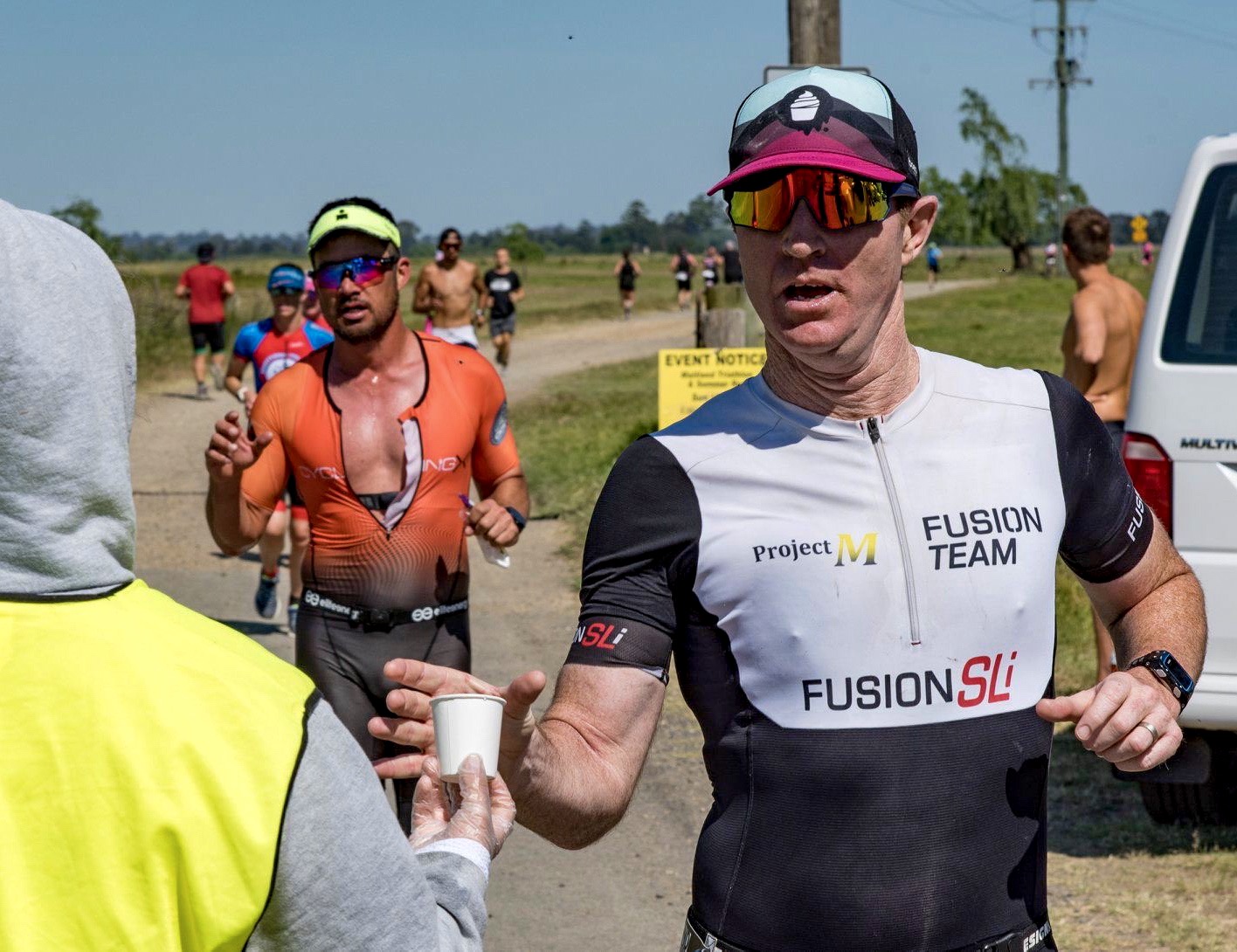 In hindsight, probably the best I’ve ran off a bike. My third fastest 15km and the other two were set in running events. Pleasing given the nature of the course and being off a solid ride.

The washup? Second in my AG on another successful day for the Project M contingent, bringing home more silver than you’d see in a Stanley Rogers factory, sprinkled with a bit of gold.

Strangely, in a very unplanned way, Morpeth probably provided the perfect conditions to prepare me for my next race in Taupō in a month, looking forward to it. 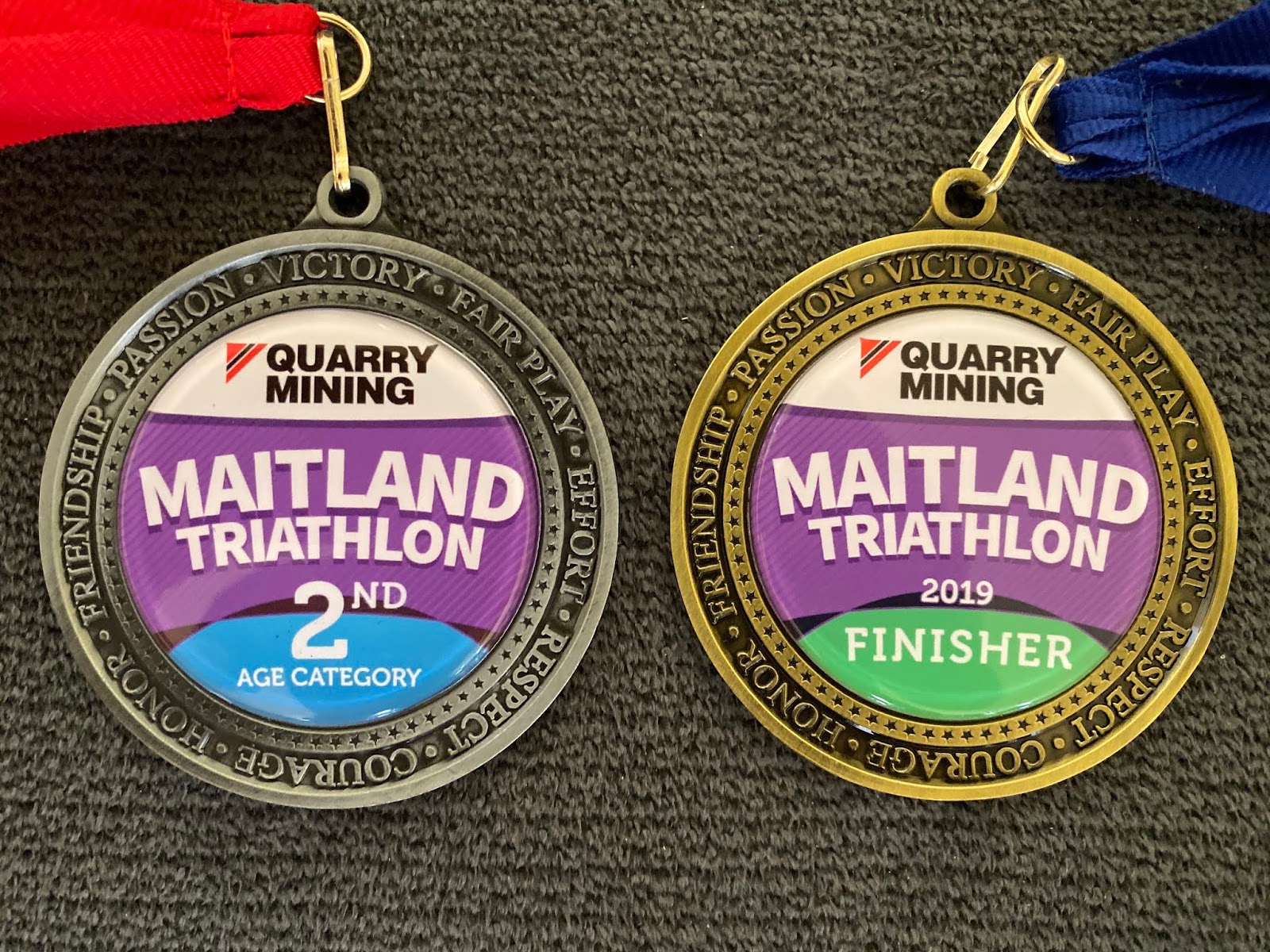