Nowra, on the banks of the Shoalhaven River, originally inhabited by the Wodi-Wodi tribe, is possibly best known for producing the racehorse, Archer. For those that don’t know, Archer won the first two Melbourne Cups and historians will tell you that he was robbed of a third by the bureaucrats down south who said his entry didn’t arrive in time. They named a pub after him, so he’s clearly left his mark on the place.

Saturday was my third trip to the Nowra triathlon. Unlike Archer I had been far from tasting success on my first two sojourns to the town that also produced dual international (league and union), Michael O’Connor (aka Snoz).

After a underwhelming 2018, where I continually convinced myself that an Achilles tendon niggle would simply “come good”, I felt I had turned a small corner health-wise with fitness slowly returning via consistent training. This would be my first sprint race in over a year and a distance I have hardly raced at all for the better part of three years.

The instructions were simple; Send it. Anytime you’re not in severe discomfort, you’re being soft.

Far removed from the world I am used to of monitoring power and heart rates and managing nutrition over a five-hour span, this would be over before I knew it.

The swim takes place in the Shoalhaven River, under the shadows of the dual bridges. The smooth waters once hosted the National Wakeboarding Championship. However, unlike those competitors, this race throws up a more unsavoury variable for triathletes; jellyfish. There was quite a smack (yes, that’s the collective noun for jellyfish) of these creatures lurking beneath the surface capable of producing a sting that rivals the one pulled off by Robert Redford and Paul Newman in the 1973 film of the same name.

The course was changed from its usual tide-assisted, point-to-point affair to a one-loop circuit. I spent most of the 14-minutes with feet to swim on, coming out of the water in sixth, almost three-minutes behind the leader and 40-seconds away from fifth. I only copped one small sting on the face, but the pain quickly dissipated. If Daniela Ryf can win Kona with one, there’s not really any cause to complain.

It was time to get busy. 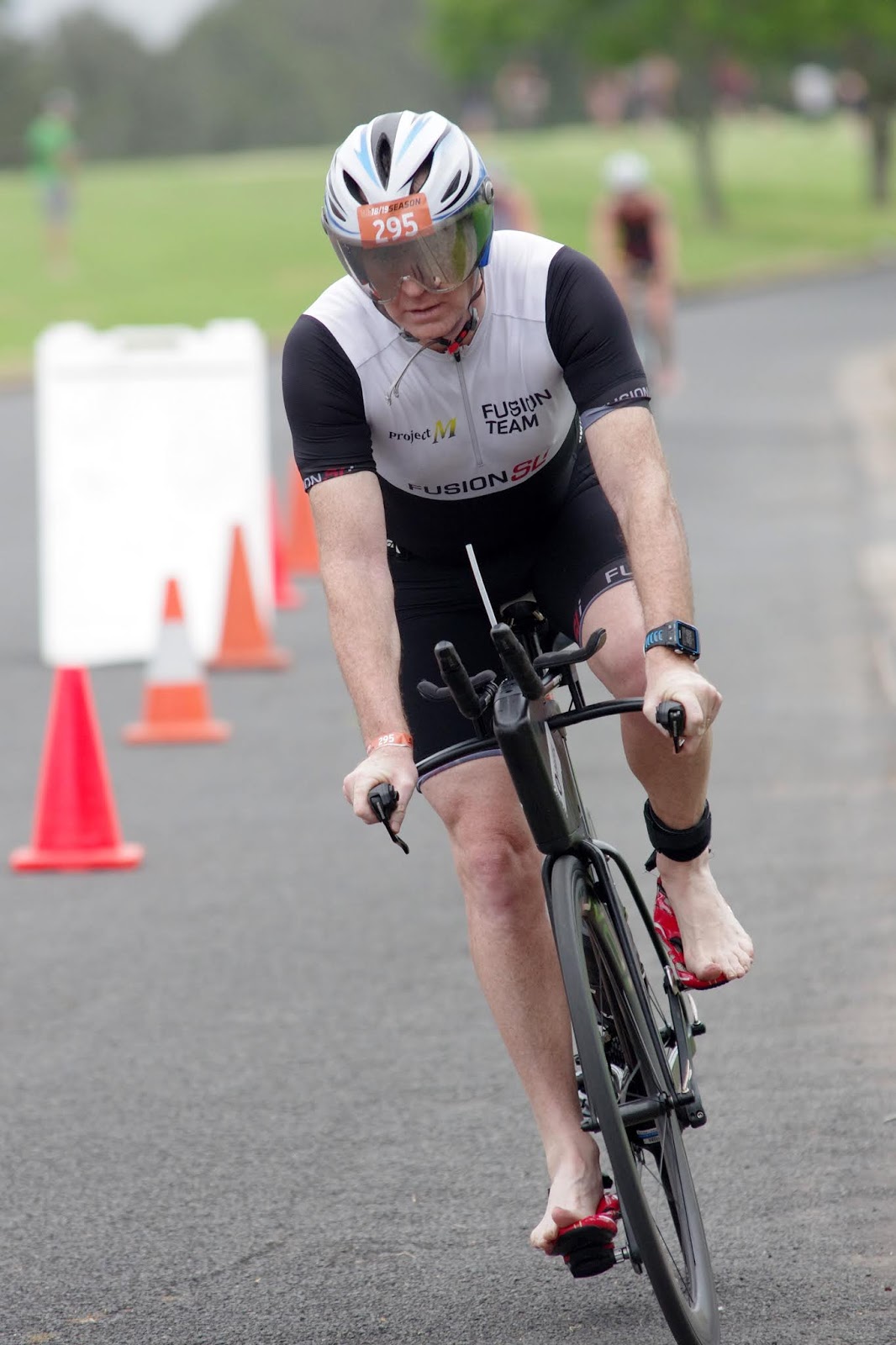 A lot of gut-wrenching trainer sets over the past two months made the idea of a balls-to-the-wall 20km pedal seem well within the realm of possibility. So off I went.

The flat ride heads out towards the rich farmland of Terara. The road has more bumps than a maternity class and is lined with green paddocks filled with healthy looking bovine of various breeds.

Sadly I was unable to marvel the agricultural delights, keeping my head down and eyes on the road, looking for the small white circles that were kindly painted around potholes and also navigating the different surfaces created by a myriad of patch up jobs over the years.

The first and last thirds of the ride were a battle against a crosswind with the middle portion being a headwind then a tailwind. I managed to carve out the fastest bike split in my age-group (11th overall), hopefully making my way a little bit closer to the pointy end of proceedings.

The run features some small undulations and crosses the aforementioned bridge in both directions.

The five kilometres went by reasonably fast, with plenty of teammates and friends out on course as well.

The last kilometre is a straight run to the finish and I could see a couple of guys who looked like they could be around my age a couple of hundred metres up the road. It gave me something to chase and I managed to overhaul them both with about 400m to go. Unfortunately that also meant I had to keep going so they didn’t pass me again. 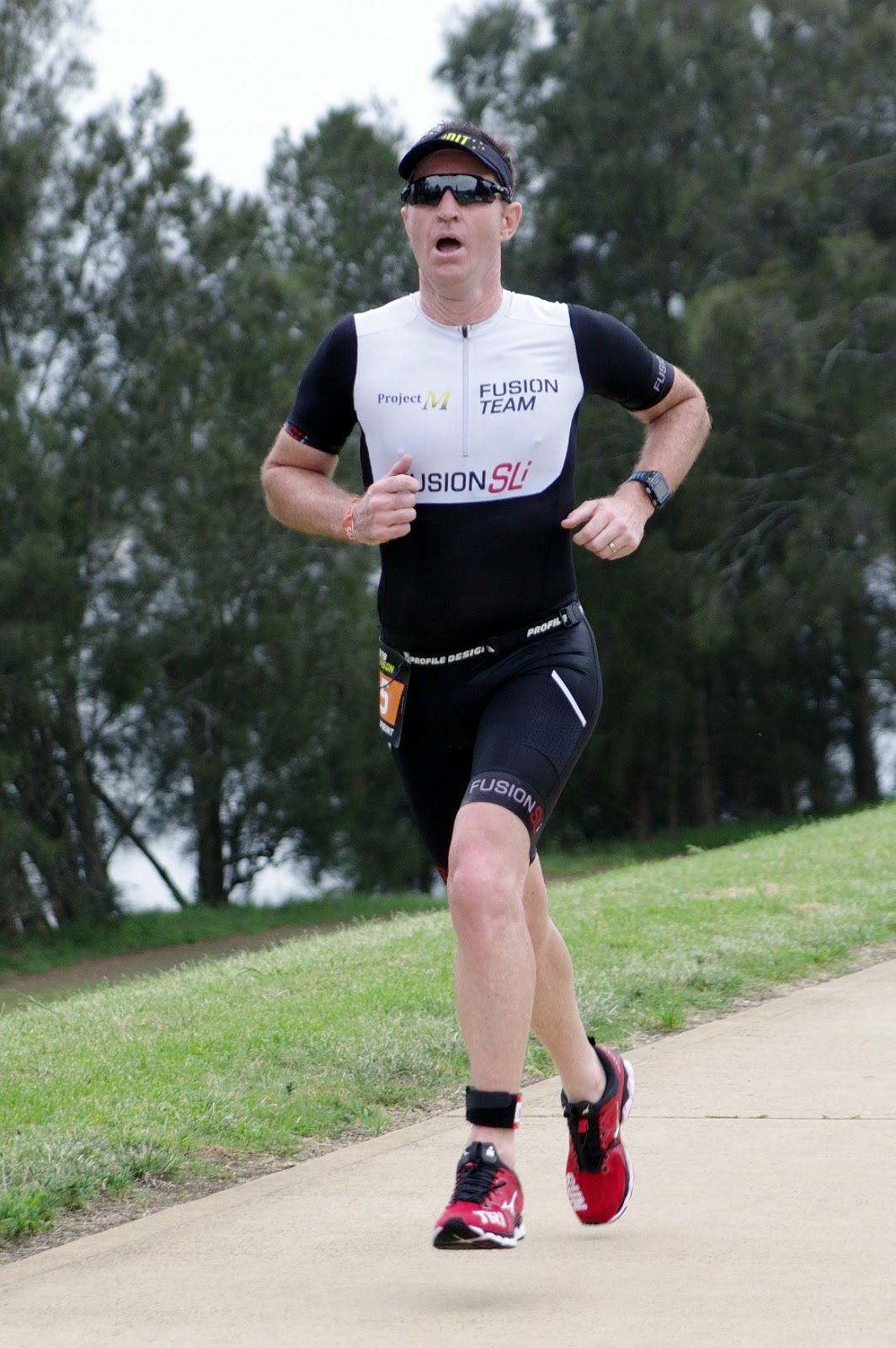 That last kilometres ended up being my fastest by some stretch. Strava hawks will quickly point out that the run was 200m short so, while my official time is probably the third fastest 5km I have ran, realistically it was probably heading for my second fastest 5km off a bike; not something I was predicting at the start of the day. It was the second fastest split and moved me to second place, my first podium of any sort since April 2016 (no it’s not a misprint). My overall time was also my second-fastest sprint time. I’m happy with the day as I now prepare to go and play with the big boys again at Ironman 70.3 Geelong in a month. 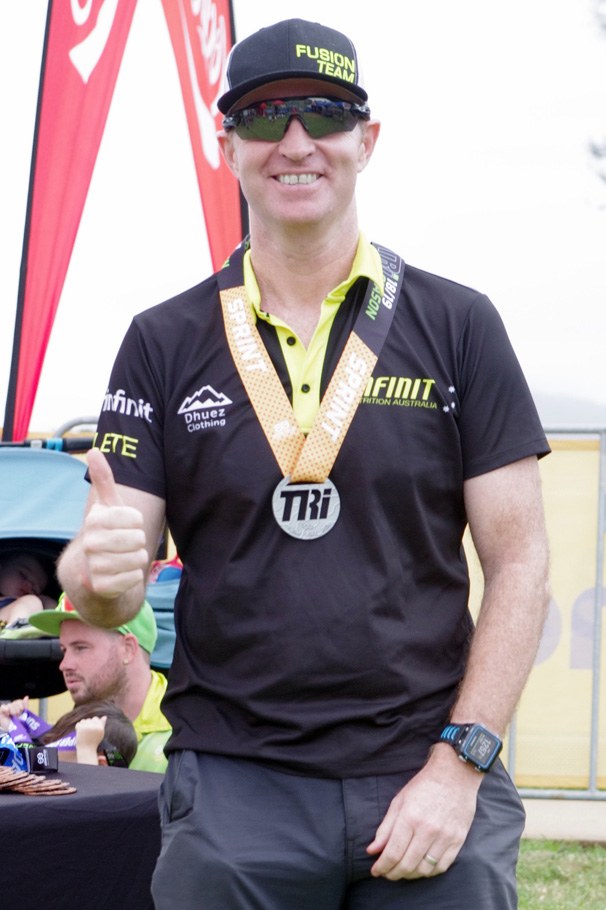 Another feature of the day was seeing many other teammates enjoy success, spearheaded my Matt Lewis, with his domination of the Standard distance event.